AIN'T THEY JUST A PAIR? 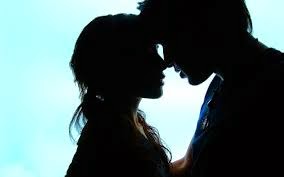 Male and female individuals have enough issues in this world. For many the excitement of the dating scene and/or the intoxication of love blinds us to the multiple challenges singles will face as a couple. When marriage does arrive, the smoke of infatuation clears and reality is revealed. Not that we stop loving our significant other, just that within the new relationship of marriage there are different dynamics. We might overcome the many challenges as a couple, but Scripture teaches we can learn from them and do much better with God in the picture.

There are a number of couples in The Bible to observe in this light of challenging marital dynamics. Adam and Eve, Abraham and Sarah, Boaz and Ruth, Zachariah and Elizabeth, Joseph and Mary, plus Priscilla and Aquilla.

Adam and Eve enjoyed the perfect relationship with each other and with their Creator until they both chose to accept The Lie into their world. This totally changed their environment and outlook on things, but Hope was not totally lost. God promised a Restorer.

Abraham and Sarah. They both learned the lesson of trust. God instructed Abram (name at that time) to leave country, people, and father's household (Genesis 12:1). They moved. Both Abraham and Sarah laughed at the prospect of a pregnant Sarah. Abraham laughed first (Genesis 17:15-17) then Sarah had her laugh (Genesis 18:10-15). Trust had to play big when Abraham took their only son to be sacrificed. In every case of trusting God provided.

In the story of Ruth and Boaz, a great love connection almost does not happen because of legal rights. Yet Boaz is ready, willing and able to go to bat for Ruth, Naomi and all that come with them because of the honor and respect shown the family by Ruth. God honored a relationship that was meted out of honor and respect.


Zechariah and Elizabeth both had great spiritual heritage. Zechariah "belonged to the priestly division of Abijah; his wife Elizabeth was also a descendant of Aaron." In addition, the two of them were honest, trustworthy and walked with integrity according to Luke. "Both of them were upright in the sight of God, observing all the Lord's commandments and regulations blamelessly." Yet Zechariah allowed doubt to creep into their lives and it physically affected him. What is really interesting to me is that he was a priest of God who ministered before the Altar of Incense and heard a message from the Chief Angelic Messenger - Gabriel - and still said, "How can I be sure of this? I am an old man and my wife is well along in years." No matter his position or his doubt, God's faithfulness to His Word, to His Plan was perfect - John the Baptist was born.

It really adds an interesting dynamic when the woman you are engaged to marry is found to be pregnant and not by you. Now you understand Joseph's dilemma with Mary. It is a great thing that God Almighty sent Gabriel to him as well as Mary, telling him the significance of this birth and that it would be alright in this case to wed a pregnant woman. Joseph had dreams of when and where to relocate his family. Mary and little baby Jesus complied. So we see that because of their obedience, not only was the Savior born but prophecies were fulfilled -
Priscilla and Aquilla were a couple I could observe different markers in their development as Paul mentions them in his letters. In Acts 18:2, Paul meets the couple. Then in Acts 18:18 Paul is "accompanied by Priscilla and Aquilla" lending me to feel like (1) he enjoyed their company and (2) he was tutoring them. Acts 18:19 sees Paul confident enough to leave the couple. And we see the Godly pair receive their first counseling opportunity as a Jew named Apollos came to Ephesus (Acts 18:24-26). Then in Romans 16:3 Paul pays them a compliment by calling the pair - "my fellow workers in Christ Jesus." Paul, as he ends his first letter to the church in Corinth, includes Priscilla and Aquilla's greetings along with his. Finally, in Paul's second letter to Timothy, we see Paul making an effort to greet this couple in service to The Lord.

It is always good to have balance in a relationship. I know some of my weaknesses are Tanya's strengths and some of Tanya's weaknesses are my strengths. However, observing the pairs above, their combined strengths along with God is what helped them through. Priscilla and Aquilla were dedicated to service. Mary and Joseph were obedient to God's plan. Zechariah and Elizabeth yielded to an Ever Possible God in what seemed an impossible situation. God eventually honored the honor and respect that were found in the hearts of Ruth and Boaz before they met. Abraham and Sarah learned time and time again to trust God in their relationship. Adam and Eve went on with their life knowing they had the promise of The Restoration of all things through a future Redeemer.

Life is challenging and overpowering at times as a single person. Even as a couple issues will arise but two heads are better than one and you can help each other. But, when you enter God into the relational equation, three is a crowd becomes a misnomer and He makes all the difference in this world and any world to come. In Other Words....

"Though one may be overpowered, two can defend themselves. A cord of three strands is not quickly broken." (Ecclesiastes 4:12)
Email Post