Through The Cross AND The Tomb (Memorial Day) 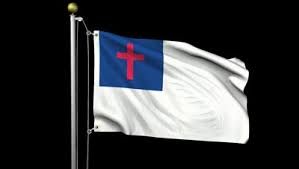 Memorial Day is not a single day of remembrance for me. Every day The Sacrifice is upon the forefront of my mind. An event in time, which changed history and my life - that I relive over in my imagination daily.

Some of the descriptions of The Hero of that day baffle the mind’s eye – “his appearance was so disfigured beyond that of any human being and his form marred beyond human likeness—“ (Isaiah 52:14). This disfigurement came at the use of something called The Cat of Nine Tails. This is a whip with all manner of lacerations woven into the nine strips/tails in order to inflict more damage on the person. 40 lashes were ordered.

In addition to The Cat of Nine Tails, The Messiah, was slapped, punched, struck with a rod, spit upon and crowned with a ring of thorns upon His head.
Then there was the beam itself. The Word of God which spoke everything into existence, now in human form as Christ Jesus, bore The Tree He created. He would eventually have help to carry His old rugged cross-beam. Is it any wonder He had enough strength to carry it as far as He did – wonder-working power!

The wrist was considered part of the hand in those days. That is where I believe they placed the nails. Otherwise, if you place the nails in the palm of the hands, the weight from the body sagging would strip the bones and Scripture says not one bone was broken – Psalm 34:20 and John 19:36.

The religious leaders were seeking and executing the death sentence on the life of Jesus because of their positions being threatened. The popularity of Jesus due to what He taught, the miracles He performed and when He did these (the Sabbath) was enough for the Pharisees to deem Jesus of Nazareth a threat to their positions. So, a plan to kill Jesus was developed early on and the right moment was waited upon.

From the Divine Perspective- The Word of God came in human flesh as Jesus of Nazareth for this very purpose – to die for what separated humanity from God – sin. The Word of God knew He would come and fulfill this plan before the foundation of the world - “He was chosen before the creation of the world, but was revealed in these last times for your sake.” (1 Peter 1:20)

For our sake Jesus cleansed us from all our mistakes – past, present and future – against The Trinity. “In fact, the law requires that nearly everything be cleansed with blood, and without the shedding of blood there is no forgiveness.” (Hebrews 9:22) Christ would not have to come back and die over and over again for the sins of individuals. This was once AND the sacrifice was for all.

But my Hero did more than give His life for the redemption of my relationship to God, He secured victory upon victory for me by defeating Hades, conquering death and walking out of the grave! “No one takes it from me, but I lay it down of my own accord. I have authority to lay it down and authority to take it up again. This command I received from my Father.” (John 10:18)

His victory grants Believers life more abundantly. If Christ Jesus had just paid the price upon The Cross, we would have had a man with great influence, dying for a great cause and not fulfilling His promise to return in three days from the afterlife itself. Paul states it like this -  And if Christ has not been raised, your faith is futile; you are still in your sins. 18 Then those also who have fallen asleep in Christ are lost.19 If only for this life we have hope in Christ, we are of all people most to be pitied. (1 Corinthians 15:17-19).

I love “But’s” in Scripture. They signify, as Paul Harvey would say, “The rest of the story.” But Christ has indeed been raised from the dead, the firstfruits of those who have fallen asleep. 21 For since death came through a man, the resurrection of the dead comes also through a man. 22 For as in Adam all die, so in Christ all will be made alive. (1 Corinthians 15:20-22)

This Memorial Day I do remember the soldiers who devoted their lives to the security of mine. I do respect the commitment they give everyday to the safety of my country. However, there is One that I remember Today and Always that has secured my Freedom for Eternity – Jesus, my Hero, my Lord and Savior and Friend. Greater love has no one than this: to lay down one’s life for one’s friends. (John 15:13) He did this Through The Cross And The Tomb.
Email Post