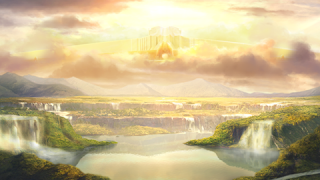 Remembering the Christian's final destination really helps in this marathon we call life. My true home is an untainted relationship with God, through His only Son, Jesus Christ, my Lord, Savior and Friend. This grace-filled, mercy-filled, hope-filled, faith-filled and love-filled relationship will manifest face-to-face one day. Then at the appointed time, believers will be introduced and ushered in to a physical, glorified city. It is this city, New Jerusalem, My New Home, that I wanted to expose you to today.

Why did God bless us with a creative side, an imagination if we were not suppose to use it according to His will? Colossians 3:2 says, "Set your mind on things above, not on earthly things." Philippians 4:8 even gets specific on what kinds of things to set your mind on - "Finally, brothers and sisters, whatever is true, whatever is noble, whatever is right, whatever is pure, whatever is lovely, whatever is admirable—if anything is excellent or praiseworthy—think about such things." But just in case you want to pull out 1 Corinthians 2:9 on me, you better read the rest of the sentence or the next verse. The most quoted part is the first half - "However, as it is written: 'What no eye has seen, what no ear has heard, and what no human mind has conceived'— the things God has prepared for those who love him—" It is the next verse that contains the forgotten promise -  "these are the things God has revealed to us by his Spirit."

From Biblical scholars I respect and from my own digging into future matters with the help of The Holy Spirit, the following is a 35,000 foot topical order of events still to occur.

Order of Things
This last event, number 7, is what happens right before we enter, for the lack of a better title, The Eternal Estate. New Jerusalem is what we have plenty of detail about. Therefore, we have ammunition for our imagination.

At the Great White Throne Judgment, the old heaven and earth disappear. We are left with God, His books of deeds, The Book of Life and all who were not raised during the First Resurrection before the Millennial Reign of Christ. Judgment is passed on these people, Hades and Death itself, then thrown into The Lake of Fire (Rev. 20:11-15).

Then comes the New Heaven, New Earth and New City. The first part of Revelation 21 reminds us that the old heaven and earth have passed away and remarks that this New Earth does not have a sea on it. "Then I saw 'a new heaven and a new earth,' for the first heaven and the first earth had passed away, and there was no longer any sea." Now, here is the rest of the description.

"I saw the Holy City, the new Jerusalem, coming down out of heaven from God, prepared as a bride beautifully dressed for her husband. 3 And I heard a loud voice from the throne saying, “Look! God’s dwelling place is now among the people, and he will dwell with them. They will be his people, and God himself will be with them and be their God. 4 ‘He will wipe every tear from their eyes. There will be no more death’ or mourning or crying or pain, for the old order of things has passed away.”

With death, Hades, sickness and pain gone - these things in and of themselves call for a major shift in reality. However, I think the passing away of the "old order of things" might even include all the natural cycles and laws that God set up for earth, humankind and the universe.

5 He who was seated on the throne said, “I am making everything new!”Then he said, “Write this down, for these words are trustworthy and true.”

He said to me: “It is done. I am the Alpha and the Omega, the Beginning and the End. To the thirsty I will give water without cost from the spring of the water of life. 7 Those who are victorious will inherit all this, and I will be their God and they will be my children. 8 But the cowardly, the unbelieving, the vile, the murderers, the sexually immoral, those who practice magic arts, the idolaters and all liars—they will be consigned to the fiery lake of burning sulfur. This is the second death.”

One of the seven angels who had the seven bowls full of the seven last plagues came and said to me, “Come, I will show you the bride, the wife of the Lamb.” 10 And he carried me away in the Spirit to a mountain great and high, and showed me the Holy City, Jerusalem, coming down out of heaven from God. 11 It shone with the glory of God, and its brilliance was like that of a very precious jewel, like a jasper, clear as crystal. 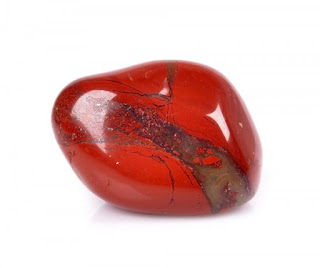 Above is a picture of Jasper, but it is not as clear as crystal. Guess what? You will have to use your God-given imagination. 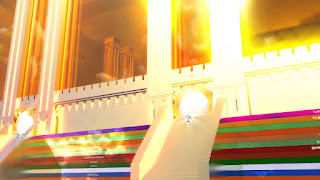 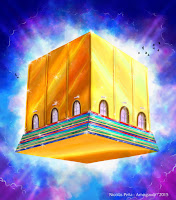 15 The angel who talked with me had a measuring rod of gold to measure the city, its gates and its walls. 16 The city was laid out like a square, as long as it was wide. He measured the city with the rod and found it to be 12,000 stadia in length, and as wide and high as it is long. 17 The angel measured the wall using human measurement, and it was 144 cubits thick. 18 The wall was made of jasper, and the city of pure gold, as pure as glass.

The size of my new home, New Jerusalem, according to Scripture is 12,000 stadia high, wide and long - A Cube! So how big is this cubed city? 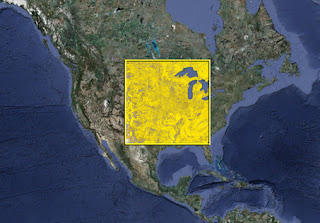 19 The foundations of the city walls were decorated with every kind of precious stone. The first foundation was jasper, the second sapphire, the third agate, the fourth emerald, 20 the fifth onyx, the sixth ruby, the seventh chrysolite, the eighth beryl, the ninth topaz, the tenth turquoise, the eleventh jacinth, and the twelfth amethyst. 21 The twelve gates were twelve pearls, each gate made of a single pearl. The great street of the city was of gold, as pure as transparent glass. 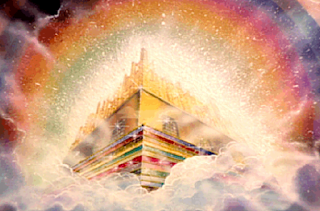 22 I did not see a temple in the city, because the Lord God Almighty and the Lamb are its temple. 23 The city does not need the sun or the moon to shine on it, for the glory of God gives it light, and the Lamb is its lamp. 24 The nations will walk by its light, and the kings of the earth will bring their splendor into it. 25 On no day will its gates ever be shut, for there will be no night there. 26 The glory and honor of the nations will be brought into it. 27 Nothing impure will ever enter it, nor will anyone who does what is shameful or deceitful, but only those whose names are written in the Lamb’s book of life.

"Then the angel showed me the river of the water of life, as clear as crystal, flowing from the throne of God and of the Lamb 2 down the middle of the great street of the city. On each side of the river stood the tree of life, bearing twelve crops of fruit, yielding its fruit every month. And the leaves of the tree are for the healing of the nations. 3 No longer will there be any curse. The throne of God and of the Lamb will be in the city, and his servants will serve him. 4 They will see his face, and his name will be on their foreheads. 5 There will be no more night. They will not need the light of a lamp or the light of the sun, for the Lord God will give them light. And they will reign for ever and ever." 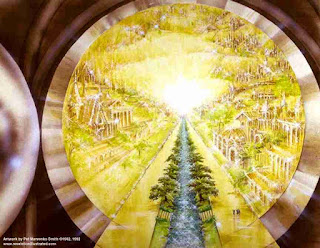 What a description! And John had his limitations within the describing. How do you describe the glories John saw? Language would be a tough challenge; which word to choose to accurately picture what I am seeing. Also, if a comparison was needed, what to compare it to of his day? He had help though. The Holy Spirit who escorted him there and the angel(s) that showed and told him all about - My New Home. 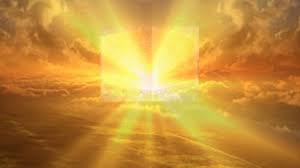