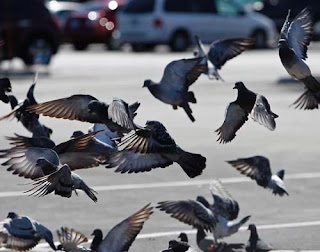 You probably have figured this out by now, but did you know that you cannot hear very well, if at all, what someone is saying if you are speaking at the same time? First of all it is rude. Allow the person talking to you to have "the floor", then wait for your turn to interject or just make your comment. Some people simply have no Social Graces. Secondly, if you need to hear instruction from the one speaking and you beginning talking in response to their comments, you could miss some important information.

Well-balanced conversation is a listening and speaking skill that needs to be developed more fully for some. Hearing is one of the five senses that means meaningful sound is being received by our ear. Listening is the reception and comprehension of those sounds into meaningful ideas that may lead to a verbal or non-verbal response.

Some individuals start listening then they stop and just engage their hearing while their mouth begins to answer to the already formulated response. I would like to encourage those types of people to try another tactic.

Read this account in Ezekiel of the mysterious creatures around God's Throne.

"Spread out above the heads of the living creatures was what looked something like a vault, sparkling like crystal, and awesome. Under the vault their wings were stretched out one toward the other, and each had two wings covering its body. When the creatures moved, I heard the sound of their wings, like the roar of rushing waters, like the voice of the Almighty, like the tumult of an army. When they stood still, they lowered their wings." (Ezekiel 1:22-24)

Notice that their wings, just like our mouths, are vocal. Their wings and our mouths also communicate. But are we communicating at the proper time. Here, the beings are at first moving their wings in such a way that it sounds "like the roar of rushing waters, like the voice of the Almighty, like the tumult of an army". Then when appropriate, "they stood still, they lowered their wings". After standing still, the mechanism by which they had been communicating God's swiftness and power - their wings - were lowered. We also need to be still and allow our mechanism, our mouth - to shut.

This practice comes with a beautiful promise in the very next verse of this passage. Ezekiel 1:25 says, "Then there came a voice from above the vault over their heads as they stood with lowered wings." Again, take notice - the word "then" is there for a reason. It is a follow-up word. Once the Holy Creatures were still "Then" The Lord spoke. Does this not agree with other Scripture? Psalm 46:10 states, "He [God] says, 'Be still, and know that I am God; I will be exalted among the nations,
I will be exalted in the earth.'”

Whether it is God showing Himself to be exalted among the nations or personally in our own lives by knowing Him more intimately - we need to take a lesson from the creatures in Ezekiel and Stop Flapping Our Wings.
Email Post