STAYING IN HIS PEACE 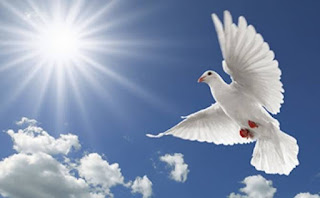 Joseph, son of Israel, went from the Pit to Potifer to Prison to Palace to Provision to Progeny and seemingly had Peace during it all (Genesis 37-46). Why would I think that Joseph had Peace during all of these major life-changes and challenges? First, he did not complain. Second, the phrase "the Lord was with Joseph" or "the Lord was with him" keeps appearing. But what gave Joseph the edge on his long journey? Especially observing he started out as a teenager.

Joseph had not one, but two dreams about his future. They were not popular with his brothers, but he held onto them none-the-less. Christians cannot afford to wait around for a dream or two to receive for our future life direction. However, we can actively wait. We can live for The Lord and when He decides and how He decides to communicate the next steps in our lives - we must trust Him completely.

"Trust in the Lord with all your heart and lean not on your own understanding; in all your ways submit to him, and he will make your paths straight." - Proverbs 3:5-6

Israel loved Joseph so much that his displays of affection were noticeable to the rest of the family. Israel went as far as making The Coat of Many Colors or ornate robe for Joseph. This was not taken well especially by the brothers who had no kind words for Joseph.

There is a similar reaction when many Believers experience their own favor from God. Christians receive favor from the hand of The Lord and not only non-believers, but some fellow Christians get bitter, envious and judgmental because of this favor. Notice in this case the non-acceptance stayed within Israel's family. However, I have to believe that Joseph must have taken that special robe and the love that Israel gave it with and treasured it in a place in his heart where nobody could reach. We must do the same with God's favor otherwise known as God's Promises. No Jesus, No Peace. Know Jesus, Know Peace.

The straw that broke the camel's back was when Joseph gave a bad report to Israel about his brother's conduct while out shepherding in the fields. His brothers took him for a tattle-tale, but Joseph seems to me to have right and wrong in mind. Perhaps being a teenager, favored by your dad, having dreams about ruling the roost one day would give you a confidence boost enough to get a little to big for your pants. However, if you read the rest of the story, that idea does not line up with God's Peace being anchored in his soul before his journey even begins.

Here is how to apply the Peace that Joseph most likely experienced to our lives. Accept and develop a relationship with the immovable person, force and favor of Christ Jesus. I encourage you not to follow in the footsteps of Lucifer. He wanted to play King of the Mountain with God, in the beginning, and lost. We need to submit and commit everything to God every day.

Christ is the Foundation and Cornerstone we need to build our lives upon everyday. If we do this then Love becomes the platform from which we launch all our thoughts, actions and words for all our interactions. However, look what else Christians receive by accepting Him and living for Him. In Romans 14:17, Paul says, "For the kingdom of God is not a matter of eating and drinking, but of righteousness, peace and joy in the Holy Spirit,". Sandwiched between a right relationship with God (righteousness) and holy happiness or excitement (joy) is Peace. To be in a relationship with Christ is to be in relationship with The Prince of Peace. To be in His Kingdom means Peace is a standard. When we stay in His Word, when we stay in His Promises, we stay in His Peace.