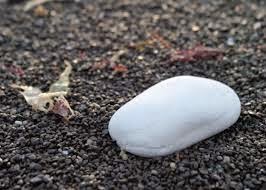 Names - they are given and they are changed; they are kept and they are rejected; they are embodied and they are not. Usually parents are the ones responsible for identifying us with the combination of names we will be known by for the rest of our lives.

Then there are those like Daniel, Hananiah, Mishael, and Azariah who had their names changed by a king. You might remember the last three as - Shadrach, Meshach, and Abednego. Daniel's name was changed by the king to Belteshazzar, to reflect belief in the king's god. (Daniel 1:7)

For those who believe in Jesus Christ - The King of Kings - there will come a day when The King will be delivering and inscribing new names. Allow your imagination to be structured by Christ's words as He promises to those "who overcome" -
What an extremely intimate/personal gift the Lord will give to each of us! God only knows what the criteria is for this new name. But I am not to concerned about the criteria because I know - Every good and perfect gift is from above, coming down from the Father of the heavenly lights, who does not change like shifting shadows. (James 1:17)
The new name given to each of us is in written-form on a white stone. To me this suggests a new, personal, written, spoken Holy language that is shared only between you and God.  That would be amazing!

Next, God takes His writing utensil and applies it - not to another stone, paper or wood, but - to the "overcomer's" body.
A lot of identification going on here. First, we have written on our bodies the name of Father God. Second, we have written on our bodies God's city - New Jerusalem.  Lastly, believers have Christ's new name written on their bodies. I guess this should come as no surprise because my Lord and Savior returns to earth with us and has a tattoo of His own-
Although I have never had a tattoo, I envision these names as glorious, beautifully written tattoo names that claim ownership, declare citizenship and reveal relationship.  Three stamps of new names, bought at the highest price, each shouting - "You are mine! You are mine! You are mine!"