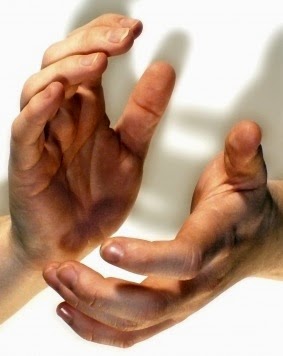 Now and forever, I desire to be somebody God applauds. There are some people in The Bible that I wish to present to you as examples of People God Applauded. So, without further ado.....

Let me start with integrity. God applauded Noah for his right standing with Himself and integrity ("blameless"-ness). His reward - Noah "walked with God". (Genesis 6:9) Later on in Scripture we find integrity important again. Nehemiah said of Hananiah that he was a man of integrity, feared the LORD, and was put in charge of Jerusalem (Nehemiah 7:2).

Belief or trust in God brings an applause from Him so great that Abram experienced it as pure approval before an animal sacrifice had been requested or established and before the ultimate sacrifice, Jesus Christ, was sent to purchase our redemption with His life. God "credited it to him as righteousness" (right standing with God). What an approval! Abram's righteousness was given on credit and that because He believed. (Genesis 15:6)

Faithfulness was big in God's eyes concerning Moses. In front of Aaron and Miriam, Moses was commended by God as "faithful in all my house. With him I speak face to face, clearly and not in riddles; he sees the form of the LORD." (Numbers 12:4-8) Wow! Talk about somebody having your "back"! Plus, what an endorsement! Hmmm...what can faithfulness do for you?

Many times a project that is done with half the care can be noticed "a mile away" as just that - done poorly and with half the care needed. Caleb and Joshua were hailed for their "wholeheartedness" in Numbers 32:11-12. Joshiah had this awesome quality also (2 Kings 23:25). If you desire to be a leader or are already a leader, this is a great quality because Joshua, Caleb and Joshiah were great leaders who had this great quality.

Ahithophel's advice was acclaimed to be "like that of one who inquires of God" (2 Samuel 16:23). What a wonderful characteristic to have available. Sounds like God blessed him to be able to live out Proverbs 15:23 - A man finds joy in giving an apt reply-- and how good is a timely word! Spend time with The Word and you will always have A Word. The next step is knowing when to administer it - timing.

God values and praises men who are heads of their families, men who are consistently selected to work for Him on special tasks, brave warriors (spiritual and physical), and outstanding leaders. The "men of Asher" were such men (1 Chronicles 7:30-40). Wow! Men in touch with their masculinity. Hurah! Knowing your position and filling it - God applauds this.

The LORD actually "sought out" the man that would be after His own heart and "appointed him leader of His people". - David (1 Samuel 13:14). God is still seeking these types of individuals - unified with Him in body, mind, spirit, and heart. I reckon there is not a whole lot of things that are better than being on the same page with God about His Plan for my life. Those who obey his commands live in him, and he in them. And this is how we know that he lives in us: We know it by the Spirit he gave us. (1 John 3:24) My sheep listen to my voice; I know them, and they follow me. (John 10:27)

Dedication. Mordecai was a man dedicated to preserving his people, the Jews, under King Xerxes. His determination and loyalty was rewarded by God as the second in command to King Xerxes, preeminence among the Jews, and high esteem. (Esther 10:3) Want your dedication to be rewarded? Submit your desires and plans to God first. Commit to the LORD whatever you do, and your plans will succeed. (Proverbs 16:3) Trust in the LORD with all your heart and lean not on your own understanding; in all your ways acknowledge him, and he will make your paths straight. (Proverbs 3:5-6)

Ezekiel's obedience garnished him Holy support in difficult times with difficult people. God said to Ezekiel of him - "they will know that a prophet has been among them". (Ezekiel 2:5-6) When you need support from God with and/or through a challenging situation, follow-through on obedience to His Word. Humble yourselves before the Lord, and he will lift you up. (James 4:10)

Above the line are great examples of God listing and applauding, praising, and/or encouraging those individuals in their strengths. They are also great illustrations for us to follow. The next few individuals I want to share with you are what I feel are especially profound examples of God's Applause.

Probably one of the biggest examples of God applauding someone is when Solomon asked God for wisdom to govern His people and not long life, wealth, or the death of his enemies. The Scripture records God's response this way - The Lord was pleased that Solomon had asked for this.(1 Kings 3:10) In fact, God was so pleased that He granted Solomon his request and what he did not ask for, so that in Solomon's lifetime he had no equal among kings. (1 Kings 3:7-14) What you request of God has the opportunity to summon heavenly applause. Take the time to align your requests with His purposes.

Hezekiah is an old testament figure I would like to sit down with when I get to Heaven. This king did what was right, was modeled after David, removed the High Places, trusted in God, held fast, followed God, and kept the commands of the LORD. His reward - the presence of The LORD, success in whatever he did, and the defeat of his enemies. He would be like no other king before or after. (2 Kings 18:3-8) A great king to model.

There was an example of faith that received applause or praise from Jesus that was superior to everyone else. A certain Centurion soldier had a sick servant that he asked Jesus to heal. He recognized Christ's authority to speak healing anywhere and anytime and requested Jesus not bother with the travel. The Bible records, "When Jesus heard this, he was astonished and said to those following him, "I tell you the truth, I have not found anyone in Israel with such great faith." (Matthew 8:10) Wow! A Centurion got it! Not a disciple. authority recognized Authority. What authority do you recognize as governing your life?

Perhaps one of the most grand applause statements that I found was Jesus speaking about His cousin, John the Baptist. I tell you the truth: Among those born of women there has not risen anyone greater than John the Baptist; yet he who is least in the kingdom of heaven is greater than he. (Matthew 11:11) I got to this verse and all the other people I studied seemed to diminish as Christ named Himself greatest, then John the Baptist second.

These people I present and these certain individuals I magnify are to encourage you and me in the same way as they were applauded. I pray that believers everywhere will practice all the great strengths and positive characteristics that God praised concerning these members of the Kingdom. Our Christian life, our Christ-like journey should not and does not stop with our salvation. I YEARN to hear God say, "'Well done, good and faithful servant! You have been faithful with a few things; I will put you in charge of many things. Come and share your master's happiness!'" (Matthew 25:23) I have a craving for God's Applause.