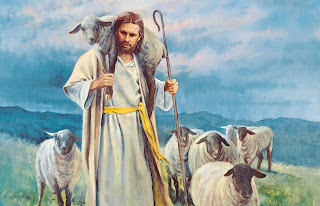 God's love reaches side-by-side with His justice as He gives us the choice to live this life and the next with or without His presence in our lives. Because of the belief in a lie, humanity disobeyed God and ever since, our relationship with Father God has been torn asunder. Then Christ Jesus was sent and has restored ALL of humanity's relationship with Father God. No matter the degree - past, present and future sins have been forgiven through our faith in His sacrifice.

Yes, from birth we are the walking condemned. However, since Christ's sacrifice the same walking condemned are walking saved individuals. These people just have to accept His free gift of love. What will you activate and live out of - a disobedient, rebellious nature OR acceptance of a Christlike lifestyle.

The degree of God's love is unfathomable, but I still set my mind, heart and imagination on it. The degree He gave up, the degree He suffered and the degree He will still go to love on us is mind and heart blowing! Christ's sacrifice satisfied every human's sin in history - past, present and future. There is no word, thought or deed that Jesus did not miraculously pay for on The Cross. The phrase "It is finished" that Christ declared on The Cross means Paid In Full.

God woos or courts our hearts, minds and lives. Jesus said, "No one can come to me unless the Father who sent me draws them," (John 6:44). If Hitler would have truthfully and sincerely repented, God would have restored Adolf's relationship with Himself through Christ's blood and victorious resurrection. But Hitler chose to hate God and His people, the Jews, so he receives the hand with Justice in it. There are no constraints on God's compassion and saving grace, but there is an equal scale of justice awaiting those who refuse this ultimate gift.

Yes, God woo's or courts the hearts of those that do not know Him but once the decision is made to have a relationship with Him, Paul is convinced that nothing can separate us from His love again.

"For I am convinced that neither death nor life, neither angels nor demons, neither the present nor the future, nor any powers, neither height nor depth, nor anything else in all creation, will be able to separate us from the love of God that is in Christ Jesus our Lord." (Romans 8:38-39)

In the parable of The Lost Sheep in Luke 15:3-7, the lost sheep is not an individual animal outside the fold needing to be added to the family of sheep. The sheep spoken of in this parable is one that was already part of the fold - "Suppose one of you has a hundred sheep and loses one of them." The shepherd leaves the ninety-nine he has, goes, finds, tends to the sheep's needs and brings it back into the fold - rejoicing!

Notice the Lord did not mention another sheep going after the lost one, nor a servant of the shepherd, but The Shepherd himself went after the lost sheep. What a passionate love, a compassionate heart, a personal Master and Savior that Jesus has pictured for His own.

There is a song called Reckless Love by Cory Asbury whose lyrics are perfect at this point. The chorus goes -