LESSONS FROM HIS LETTERS (Part 1 - Ephesus) 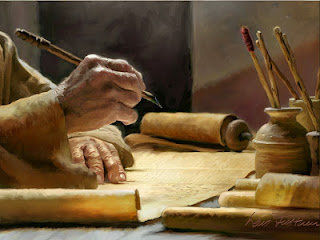 Lessons are only valued if they are learned. I have heard it said many times that a mindset you need to succeed in life is one that can receive constructive criticism. However, Pastor Jimmy Evans has a different slant to this and challenges me to change my wording and view.

"The difference between complaining and criticizing is the focus. Complaining focuses on me and criticizing focuses on my spouse. When I am complaining I say something like this:  'Karen, you said something to me this morning that bothered me and I would like to talk to you about it. I'm sure you didn't mean anything by it, but I would just like to tell you how I am feeling and talk it through.' That is a complaint. It doesn't attack or judge my spouse. It just tells them how I'm feeling and gives us an opportunity to clear the air in a positive environment.

But here is what criticism sounds like:  'Karen, this morning you said something to me and it really hurt me. And I know why you said it. You said it to pay me back for what I said to  you yesterday. That is just how you are. You are so spiteful and mean. I resent how you treat me and I'm not going to take it anymore'. The focus on those comments aren't on me and how I'm feeling. The focus of criticism is on the other person." (p.175, The Four Laws of Love, Jimmy Evans)

Christ is the groom and believers in Christ are His bride. The seven letters to the seven churches in Revelation are Christ's constructive complaining, if you will. However, when those who deem themselves Christians heed Christ's constructive instructions they are promised to reap the rewards of an "overcomer" or those who are "victorious".

With these letters to the churches, Jesus provides an outline to follow. First Christ declares one or more of His many titles in which that church personally knows about in some way. Second, He mentions the church's successes. Third, Jesus addresses the faults with the church. Fourth, Christ provides the solution. Fifth, He grants rewards for following through on learning the lesson and applying the solution.

Another aspect to keep in mind when reading these letters is that the content was not only meant for those local churches at that time. Prophetic scholars have taught that God's identifying names, the issues He presents, solutions He provides and rewards He administers in these letters were not only applicable for then but for the individual and dispensations or eras the church has seen throughout history.

"To the angel of the church in Ephesus write:

These are the words of him who holds the seven stars in his right hand and walks among the seven golden lampstands. I know your deeds, your hard work and your perseverance. I know that you cannot tolerate wicked people, that you have tested those who claim to be apostles but are not, and have found them false. You have persevered and have endured hardships for my name, and have not grown weary.

Yet I hold this against you: You have forsaken the love you had at first. Consider how far you have fallen! Repent and do the things you did at first. If you do not repent, I will come to you and remove your lampstand from its place. But you have this in your favor: You hate the practices of the Nicolaitans, which I also hate.

Whoever has ears, let them hear what the Spirit says to the churches. To the one who is victorious, I will give the right to eat from the tree of life, which is in the paradise of God."

The first believers written to were the congregation in Ephesus. Christ introduces Himself as the one who preserves the spiritual leaders or "stars" of the churches He is addressing and the one who dwells in their midst - These are the words of him who holds the seven stars in his right hand and walks among the seven golden lampstands.

The Lord begins instructing this church with a phrase He would continue using with four other churches in this seven-letter outreach - "I know your deeds,...". After this phrase, Jesus seems to begin at the 35,000 foot level for the Ephesian church and describe for them the good He sees in this body of believers - I know your deeds, your hard work and your perseverance.

After the deeds, hard work and perseverance are covered, Christ narrows the praise further by saying, I know that you cannot tolerate wicked people, that you have tested those who claim to be apostles but are not, and have found them false. As we continue to read in the letters to come, we will find falsehood is a common problem in the church.

In His last commendation, Jesus uses words like "persevered", "endured" and "not grown weary" to convey service which is respected - You have persevered and have endured hardships for my name, and have not grown weary.

However, the issue these people face is the forsaking of their first-love, which equates to simply being with God - Yet I hold this against you: You have forsaken the love you had at first. A more descriptive telling of their plight is that they had to re-learn what I call The Mary/Martha Lesson (Luke 10:38-42). Like Martha, though they performed many deeds, worked hard, persevered, did not tolerate wicked people and so forth - the Ephesian church was more wrapped up in their works or deeds than the relationship with Christ that began it all.

Christ's solution was two fold, first acknowledge you have a problem - Consider how far you have fallen! then "Repent and do the things you did at first." (Rev. 2:5) Repenting does not only mean to turn 180 degrees on a given topic but it means to turn and change your mind to the way Christ thinks about the issue. The doing part of "do the things you did at first" does not mean service/duty oriented actions, it refers to first love behavior based on non-conditional, open love gestures.

The individual, the congregation or church era with this issue has to avoid the over balance of role, office or obligation as they serve. First Love Things must be weighed heavier on the scales. Works are great in expression of loyalty to Christ but not so much so that the work becomes weighted heavier or center stage instead of the relationship with Jesus.

The reward is restored access to The Tree of Life - To the one who is victorious, I will give the right to eat from the tree of life, which is in the paradise of God." Because of humanity's disobedience via Adam and Eve, the fallen relationship cost them banishment from The Tree of Life. If they had eaten from The Tree of Life in their sinful condition they would have made their fallen status permanent. Thank the Lord the way was blocked by one of His cherubim and believers receive The Tree of Life as a reward for a lifestyle of First Love.