CREDIT WHERE CREDIT IS DUE 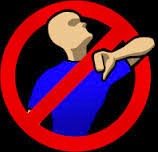 Pride has increased over the years in humanity to the point where boasting about something doesn't mean we need to be right, just seen - vanity. To some being right is the point of the boast. To other people if they are right, great, but they just want the spotlight - if for just a moment.

I have only heard and read one thing that is worth boasting about - salvation through Jesus Christ. Of course there are many other benefits to boast about after deciding to follow Christ that are still because of Him, but the first is the actual acceptance of His sacrificial, redemptive gift of life by grace through faith.

Paul was inspired to write, in particular, something on this topic twice - once in his first letter to the church in Corinth and second in his second letter to the same church.
Actually, Paul had much to say about this subject. However, I will limit it to a handful of key verses. Staying at the church in Corinth, I like how Paul gets right to the spirit of boasting and giving it a spiritual black eye.
Paul mentions the most important thing that he should ever boast in is his salvation through Christ.
The plan of salvation was set up so that humanity would recognize "no one can boast". The Old Testament in short is a testimony to laws and regulations that God laid down for perfect, righteous living, but that no one could ever fulfill. The New Testament in short is about a person, Jesus Christ, who came from God and as God's Son to fulfill that impossible lifestyle of perfect, righteous living and be sacrificed for believers to live a new lifestyle - a way of the Spirit.
However, not only did Paul speak to the root of boasting and the most important thing we should boast about, but he also added a certain boast that keeps believers moving forward in the faith and intrigues many others - the Lord's return. In this next verse it is described as "the hope of which we boast". What else does the Christian have to look forward to? The Rapture (1 Thessalonians 4:13-18). The Translation of our bodies (1 Corinthians 15:51-55). The hope of which we boast.

Although at first it does not sound logical, there is one more thing that boasting is good for - our weaknesses. I know, right? I don't exactly go around to everybody saying, "I am so weak in that area or this area of my work/home life." Yet, just these kinds of things are going to be our testimony. Our weaknesses come after the "Therefore" in this next verse. Beforehand we have the promise that God's unmerited favor, His grace, is sufficient or adequate for the purpose and the display of His power perfectly showcased in our weaknesses. Paul says,
The Christian music group - Phillips, Craig, and Dean - sing a song entitled "How Deep The Father's Love For Us". The second half of the song goes like this -

"I will not boast in anything
Nor gifts, nor power, nor wisdom
But I will boast in Jesus Christ
His death and resurrection

Why should I gain from His reward?
I cannot give an answer
But this I know with all my heart
His wounds have paid my ransom"

Christians, when you start speaking to others, start some of your sentences with "The Lord has...." instead of "I......" and practice knowing thy source, boasting in The Lord, and giving Credit Where Credit Is Due.