ADOPTED BY THE KING 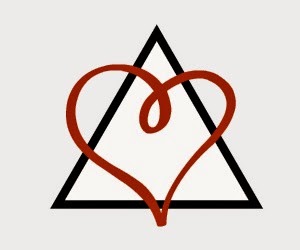 I am adopted, I am grafted into God's Kingdom. All people who accept Christ as their Savior have been adopted back into the family of Father God by the adoption price of Christ's blood and life. Yes, at one time humanity had the correct Father - Yahweh, Jehovah, Father God. However, humanity accepted another bloodline, way of thinking, and personality - the father of lies. With this decision came a rebellious nature towards Father God.


A promised ultimate sacrifice for our redemption was made known in Genesis 3:14-15. Then a first-fruits sacrificial system was established by God to continually "accept" and show favor upon the sinner who did "what is right" (Genesis 4:2-7). We see that Cain and Abel knew this system because they each had their career and time passed within this system which is indicated by the phrase - "In the course of time" (Genesis 4:2-7).

The Ultimate Sacrifice has come and given His life. The Word of God, The Anointed One has visited us in the flesh - Jesus Christ of Nazareth. He perfectly represented Father God's heart of love (Father God). He was sacrificed for our redemption, buried, resurrected on the third day, ascended to the right hand of Father God in Heaven and awaits His perfect moment to return for His believers. Now, our part is - "we ourselves, who have the first-fruits of the Spirit, groan inwardly as we wait eagerly for our adoption as sons, the redemption of our bodies." (Romans 8:23)

Paul taught the believers in Rome about themselves by saying -

In Other Words... Believers in Christ have been grafted in to the Jewish Family of God.
Believers are identified as "a wild olive shoot" in this passage. A big key in better understanding these verses is to study the original Greek word for "wild olive shoot/tree" (agrielaios). "Wild" means both living in the country and being fierce. This form of olive tree is feminine and simply means berry tree. So one might derive - before you accepted Christ as your Savior, you were once a fiercely producing berry tree somewhere in the country. Then you were grafted in to The Vine. Now you are rooted (pun intended) in Christ which brings power, love, and self-discipline (2 Timothy 1:7). Now you get your spiritual nourishment from Him and not some false root-system.

The Holy Spirit said through Paul to the church in Ephesus - "He predestined us to be adopted as his sons through Jesus Christ, in accordance with his pleasure and will" (Ephesians 1:5). Father God's price for our adoption was the highest - His Word as The Son of God. In Psalm 106:35, David said, "but they mingled with the nations and adopted their customs." I encourage The Considering, the widows and orphans of the world to not adopt the customs/ways of The Father of Lies, Satan, the so-called god of this world. But do what is right and accept the Perfect Sacrifice, Jesus, as your redeeming Savior. I accepted Christ and I got Adopted - By The King!