"WHAT IS THY BIDDING MY MASTER?" 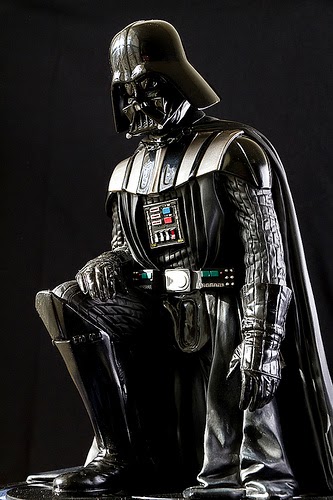 Lords, servants, Masters, and slaves have all been around since humanity can remember. Having someone in an authority or teacher role while others are in following or student roles can be exemplified in all kinds of relationships throughout the ages. The history of everything, even time itself, has been subjective to someone from the start.

Within this relationship of two entities (Higher/Lower), each should know his place. When speaking about slaves, the Scripture says, "Slaves, obey your earthly masters in everything; and do it, not only when their eye is on you and to curry their favor, but with sincerity of heart and reverence for the Lord." (Colossians 3:22) The key here for the submissive and for the one in authority is The Master's attitude and behavior toward everyone, especially his slaves/servants. Colossians 4:1 says, "Masters, provide your slaves with what is right and fair, because you know that you also have a Master in Heaven." Even those in authority must answer to the highest authority of all - Christ Jesus. "Then Jesus came to them and said, 'All authority in heaven and on earth has been given to me.'" (Matthew 28:18) Paul's prayer, in his opening chapter to the church in Ephesus, really emphasizes Christ's authority.
The great news is Christ does not call us doulos (in the original Greek) - slaves - anymore. Read and "listen", as Grace Personified explains the change - "I no longer call you servants, because a servant does not know his master’s business. Instead, I have called you friends, for everything that I learned from my Father I have made known to you." (John 15:15) Although believers will serve Him, they do so out of the deep love and eternal appreciation for their Salvation by and through Jesus Christ. The term/title Lord or Master becomes endearing and the overbearingness that used to be attached evaporates.

We can strive to be a great student, servant, or citizen. We can clamor with efforts at being an excellent teacher, authority, or master. However, there is only one (nod to "Highlander") who is a good teacher and He is Jesus Christ of Nazareth. Luke 18:18-19 says, "A certain ruler asked him, 'Good teacher, what must I do to inherit eternal life?' 'Why do you call me good?' Jesus answered. 'No one is good—except God alone.'" The original Greek word for good in this verse is agathos, which means morally good and virtuous. Christ's reply paints a non-picture of our goodness, calls Himself the perfect picture of goodness and declares Himself God all in one breath.

It would behoove everyone to accept Christ as their Master (Lord) and Savior since "all things have been created through him and for him. He is before all things, and in him all things hold together." However, God has been characterized as The Ultimate Gentleman in describing His gift of choice to humanity. I don't know that it is much of a choice, No-Brainers work that way. But all of us still have to work through the offer (of Salvation) and reject or accept it.

Should you choose wisely and accept Christ's sacrificial offer, your life can then be filled with something more powerful than The Force (nod to Star Wars). Your acceptance of Jesus as your Master also grants you a more abundant life as you live empowered by The Holy Spirit. From this influential and personal stance in life with The Creator you can begin to communicate with The Lord and ask - What Is Thy Bidding My Master?
Email Post