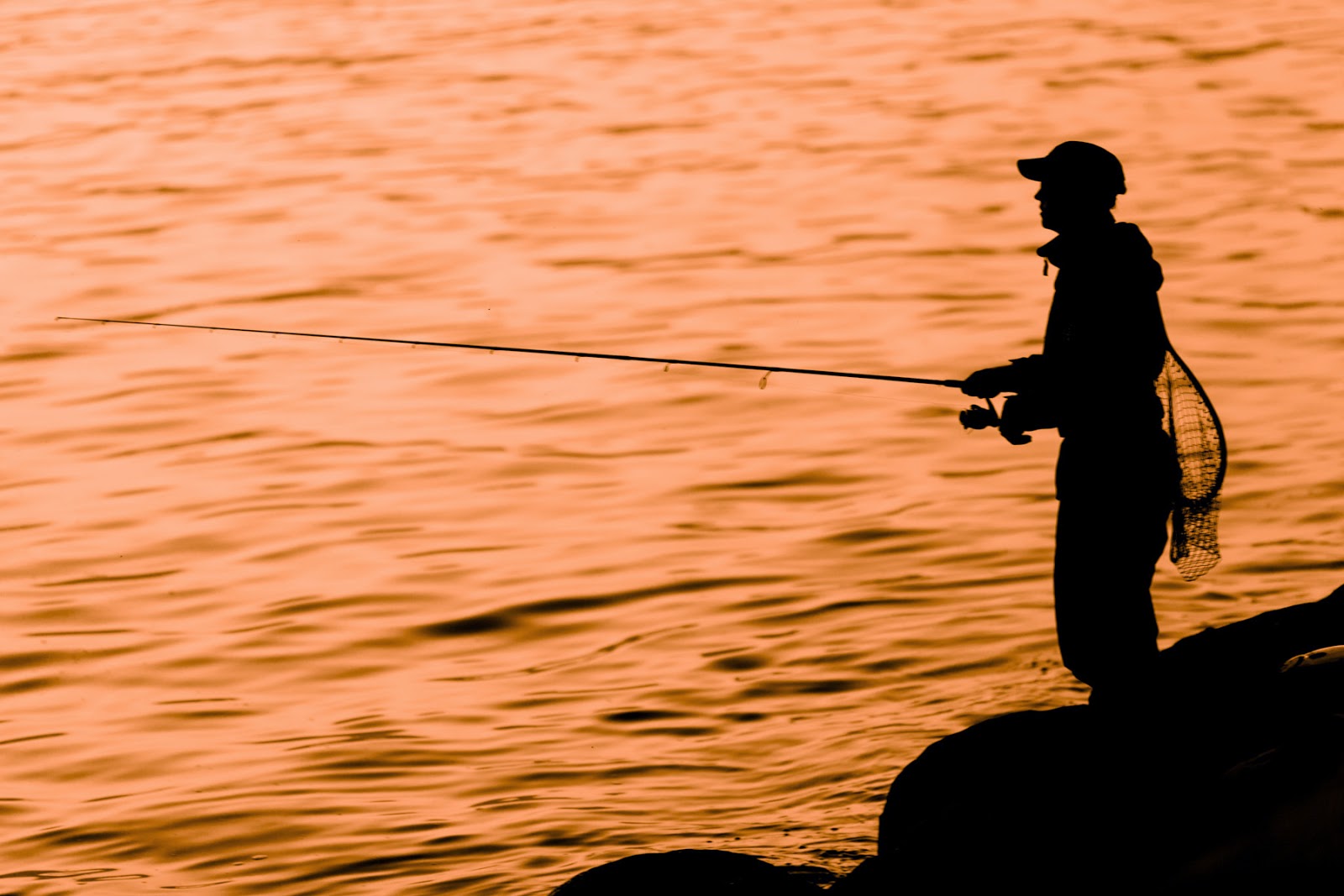 If I am persuading someone to follow me, I had better have an awesome "hook and bait". Whatever I am offering - whether it be goods, services, a job, or just me (friendship) - it had better be convincing. It helps if you, your goods, services or job that is offered is authentic and of good repute too.

"As Jesus was walking beside the Sea of Galilee, he saw two brothers, Simon called Peter and his brother Andrew. They were casting a net into the lake, for they were fishermen. “Come, follow me,” Jesus said, “and I will send you out to fish for people.” At once they left their nets and followed him.

Going on from there, he saw two other brothers, James son of Zebedee and his brother John. They were in a boat with their father Zebedee, preparing their nets. Jesus called them, and immediately they left the boat and their father and followed him." (Matthew 4:18-22)

I think all of it - Christ's persona, reputation, and clever invitation would have caught me too - hook, line, and sinker. It's a wonder what made these men leave their livelihood immediately, but considering the above I would have been sunk at "Hello" (nod to Jerry Maguire - "You had me at hello.").

Notice that the brothers would be receiving a different skill set, but it still would be within the same frame of mind - fishing. God took something the men were very familiar with all their lives, had worked with all their days and asked them to apply it to something of eternal worth - fishing for people's souls.