The Voice of God - many of us have associated a god-like voice with a good baritone or smooth bass voice, compliments of the movies and t.v. (i.e. James Earl Jones and the like). However, if you were one of the individuals who lived during the time of Christ you actually got to hear the voice of God in human form. They heard the Word of God, the Logos, made flesh, speak. That which Father God uttered as words before creation, now was flesh and speaking. Wow!  Get your mind around that!

In 1 Kings 19:11-13 the voice of the Lord is described as "a still small voice" or "a whisper". However, most of the encounters with God's voice leave the recipient and the reader of God's Word quite awestruck. 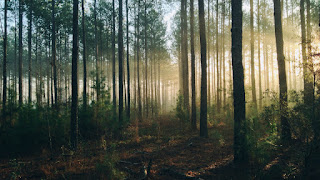 Have you ever heard loud, powerful, shattering thunder?  Imagine hearing the wings of an army of eagles fly overhead.  Have you ever heard the crackle and sizzle of lightening as bolts attempt to find their mark?  Have you ever been in the presence of a strong trumpet blast or volley of notes?  Imagine yourself standing beside Niagara Falls and hearing that deafening roar. Have you ever been in a large crowd and just stopped and listened to the murmur of the mob?  Ever wonder what the voice of God sounds like?  The previous questions are Biblical descriptions of God's voice.


God's voice has been linked in Scripture to the breaking of Cedars, the shaking of the desert, the twisting of the oak, the shattering of Assyria, speaking from a cloud, and even the dead hearing His voice.  The locations and descriptions of the voice of God that were alluded to above and more are listed below. 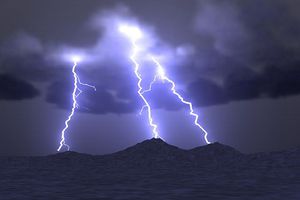 Zephaniah 3:17 says, "...he will rejoice over you with singing."  Talk about The Voice! (Reference to t.v.singing program that searches for the ultimate singing voice). And He is singing over you!

However, I think and believe one of the most important things ever said about God's voice was stated by Christ in several places throughout John 10. But one passage will suffice to sum up the thought - John 10:27-28 says, "My sheep listen to my voice; I know them, and they follow me. I give them eternal life, and they shall never perish; no one will snatch them out of my hand."

So, if you are a "sheep of God" figuratively, a son/daughter of God through Christ Jesus literally, then you are one who...

Especially by reading The Bible out loud, Christians not only hear The Word of God they also become active, spiritual listeners. Next, by serving God and serving people the Christian can hear God's Voice, follow God and not be a fan on the sidelines. God says in the midst of our listening He will "know" us.

The original word used for "know" here is ginosko, meaning to know absolutely; be sure; to understand in a great variety of applications and with many implications. The word implies an intimate, developing relationship that God knows everything about. Jesus adds to this wonderful relationship that these same people who listen to my voice will not only have everlasting life, but the quality and/or spunk of life will be upgraded forever.

Also, Christians will never perish. Well, will we not "never perish" because we will have eternal life? Yes, but it gets better for believers. Those with Christ will not experience any kind of loss. Every tear will have been eliminated. Those who did not accept Christ as Savior will be damned to experience loss over and over in The Lake of Fire forever. However, if you have accepted Christ Jesus as your Lord and Savior you are not only protected in the hollow of His hand, but you have His provisions as well - whatever that entails, because "Every good and perfect gift is from above, coming down from the Father of the heavenly lights, who does not change like shifting shadows." (James 1:17) All of this because God's sheep listen to His voice.

God has a magnificent voice and has used it many times to acquire the attention and obedience of nature and humanity. Where God's voice was unmistakable in the past, His voice is a matter of faith, diligence in His Word and Godly Discernment today. Especially since Christ's visitation, God's voice is built on a relationship with Jesus by accepting His sacrifice for our redemption. However, it is within this relationship that even though His voice is Distinguishable, we seem to lose His voice at times.

I believe this spiritual deafness is not because God stopped speaking. I believe it is either because we are talking too much OR our receiver is not tuned to His voice and is on a self or worldly frequency. There is a great song performed by The Terry Blackwood Singers that supports my point beautifully, it is called "We Are The Band, But He Is The Music".

In His service, through His mercy, by His grace, His compassion

Through His Spirit, by His timing, by His will, His perfection


His voice will one day, once again be undeniably unmistakable to all. Meanwhile, God says, if you are part of the fold, you will want to and need to stay tuned into God's frequency for discernment of all things. To help in this effort, remain a man or woman of integrity. Also, continue to pray to Him, allowing for some listening time. Finally, permit the Holy Spirit and Word of God, when you read it, to guide you in all truth because this is His Voice. 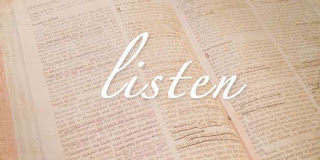