THINK ABOUT IF WE DID THE SAME 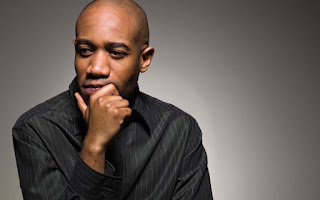 My fellow brothers and sisters in Christ, we can be better believers than Gideon (Judges 6-8). Although the Lord, visits him as "the angel of the Lord" and calls Gideon "mighty warrior", Gideon meanders around with his belief in who just visited him and his charge to conqueror the Midianites.

Gideon followed through on teaching us the lesson of doing what God has told us to do with what God has given us. The Lord told Gideon He would be with him in addition to his obedience.

"The Lord turned to him and said, 'Go in the strength you have and save Israel out of Midian’s hand. Am I not sending you?'

'Pardon me, my lord,' Gideon replied, 'but how can I save Israel? My clan is the weakest in Manasseh, and I am the least in my family.'

The Lord answered, 'I will be with you, and you will strike down all the Midianites, leaving none alive.'” (Judges 6:14-16)

We need to capitalize on this lesson, but we also need to learn from Gideon's blunder(s).

In the end, there were forty years of peace, BUT Gideon took the spoils of his victories and made an ephod. An ephod is a richly embroidered, apron-like vestment having two shoulder straps and ornamental attachments for securing the breastplate, worn with a waistband by the high priest. Ex. 28:6, 7, 25–28. This is not a bad thing by itself. However, Judges 8:27 records,  "Gideon made the gold into an ephod, which he placed in Ophrah, his town. All Israel prostituted themselves by worshiping it there, and it became a snare to Gideon and his family." Sound familiar? It should. Aaron, the brother of Moses, did the same thing, except it was a golden calf that was made. Aaron also was called to use what God had given him to deliver a mighty blow to the Egyptians - God's Voice through him.

My encouragement is to not mess up God's visit(s) into our lives, not mess up God's charge over our lives and continue to stand on God's promises to us, especially to always be with us. Sure we will have slip ups now and then, but let us not take advantage of God's grace/favor and mercy in our lives. Pick yourself up, dust yourself off, ask for forgiveness and move on.

With Israel "prostituting themselves by worshiping it" (the ephod and not God), the nation was headed back into spiritual bondage. In fact, after Gideon died the situation got worse - Israel turned away from God and forgot Gideon's contribution also. "No sooner had Gideon died than the Israelites again prostituted themselves to the Baals. They set up Baal-Berith as their god and did not remember the Lord their God, who had rescued them from the hands of all their enemies on every side. They also failed to show any loyalty to the family of Jerub-Baal (that is, Gideon) in spite of all the good things he had done for them." (Judges 8:33-35)
Israel overcame their physical enemies with a leader, Gideon, who trusted and obeyed in The Lord who promised to be with him. But Gideon's misplaced desire and/or treasure in the end meant future doom for his family and country.