THE ROAD TO KINGLY REIGN 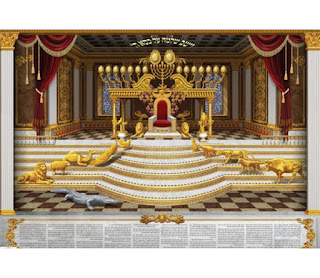 When I think of the position of King, in my head words like sovereign, rule, reign, Majesty, Lord, Your Grace, leadership, responsibility and a whole host of others come to mind. My ultimate King is Christ Jesus. He has and will always exemplify every trait and characteristic of The King perfectly.

The wonderment that strikes me is that Christ delegates His rule and reign to us. Jesus is at the right hand of Father God right now, but His Holy Spirit dwells within each believer and the corporate church to testify to God's presence and show His love. This speaks of present day actions that display how Christians are leaders in the area of caring for others. Some capitalize on this notion and are on a great journey to becoming a great king or queen for Christ. Others who sit on their development, the result is not favorable.

I do not know about you, but seeing myself as a priest or king of God is a challenge. However, even though we can start practicing this role now, Revelation 5:10 and other Scripture gives more of a throne based sense to this for our future.

Paul's description of our future role in his first letter to the church in Corinth was a little more detailed. Paul mentioned "the Lord's people will judge the world" and "we will judge angels". Here is the actual passage.
However, you want to really get specific? Jesus told His disciples they would have the honor and great responsibility of judging from a throne.

This is an interesting delegation of judgment. Many biblical scholars I have studied view The Disciples as half of the twenty-four elders in Revelation 4:4.
The other half is made up of leaders from the Twelve Tribes of Israel. Jesus, speaking to the Disciples, says, "you who have followed me will also sit on twelve thrones, judging the twelve tribes of Israel.'" Why doesn't Christ have the Twelve Tribe leaders of Israel judge their own? A rulership and delegation we will have to wait to understand.

There is another specific group that is said to reign with Christ for a specified time because of their sacrifice. In Revelation 20:4-6, those people that are referred to as "they" are those souls who did not bow their knee to the satanically-indwelt Antichrist during The Tribulation that is still to come on the world. These individuals were beheaded by the Antichrist but shall be resurrected by Jesus and "they shall be priests of God and of Christ, and shall reign with Him a thousand years."

Kings, priests, thrones and rulership all intimidate me. Yet my King, Christ Jesus, has called my life to be the proving grounds of reigning with Him; to becoming a great leader, a wise ruler and a Spirit-filled king.

Remember, whether you feel like a king or queen now, God has entrusted talents, gifts and responsibilities to our care for His purpose. Matthew 25:14-30 speaks about The Unwise Servant. This individual did not make the businessman's money-bag grow, he hid it or just sat on it. When the Businessman returned he said, "you should have put my money on deposit with the bankers, so that when I returned I would have received it back with interest."

Jesus even elevated His point with another similar parable, a chapter earlier, in Matthew 24:45-47.

Notice that this is a major level above the business man who gave a money-bag to be entrusted properly. This master has placed a particular "faithful and wise servant" who is "in charge of the servants in His household" for the purpose of giving "them their food at the proper time".

These household servants and dispersement of food at the proper time  speaks to all those who are responsible for administering the Word of God to anyone in the House of God. Whether believers are blessing a child in the hallways, delivering an encouraging word in a small group in the home, or teaching from the pulpit - Christians are strongly encouraged to be found doing such - "It will be good for that servant whose master finds him doing so when he returns." Why? There is a reward that also comes with additional honor and responsibility - "Truly I tell you, he will put him in charge of all his possessions."

Are you ready to rule and reign with Christ? The devil would like you to believe you do not rule or reign now. Satan would like you to believe you have no power to influence others for Jesus. Christ's compassion and His words and His actions are ours for loving on others. In addition, everything Christ's Word tells me is that believers are being groomed for an even bigger part in the role as a priest and king/queen of God. That is what the first visitation of Jesus was all about - showing us perfect servant-hood is The Road To Kingly Reign.
Email Post
Labels: Godly Lifestyles