CREATIVE IN THE DOING 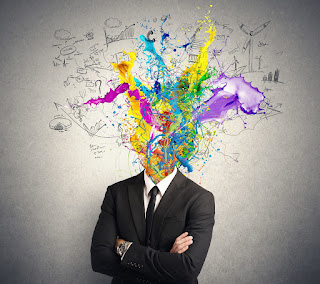 Do you remember what James 1:22 says? No? Allow me to refresh your memory.
Pretty straight forward, right? Sure it is on the surface. Now let's dive a little deeper.

Two points - (1) take the guess work out and (2) get creative with your doing.

To the first point, we can sit and hear someone speak about a topic that requires action points, but if we continue to roll over and over in our mind what the speaker actually meant we run a great chance of deceiving ourselves. The encouragement is to hear, get clarification if needed but not live here (in the hearing and any more clarifications) - go and do. Doing begins the process of taking the guess work out.

To the second point, did you know you are a poet and don't even know it? The word "do" in the phrase "do what it says" or in other translations - "doer of the Word" - comes from the original Greek word poietes, the same word we get Poet from. This word speaks to the creative forces God has within Him first and that He has imparted to us once we believed in Him through Christ.

Mr. Rick Renner adds, "This tells us that when we were saved, God put forth all His best efforts and creative powers to marvelously fashion and create us in Jesus Christ. We weren't just mildly saved; rather, God took us into His hands and marvelously made us new in Jesus Christ as He released His most powerful creative forces and made us a workmanship that would be worthy to bear His name." (p. 28, Sparkling Gems of the Greek)

This same word, poietes, or poets is found in Ephesians 2:10 - "For we are his workmanship, created in Christ Jesus unto good works..." Can you figure out which word is the related one? Yep, "workmanship"! That which dealt with God's creative abilities. Now, God has placed His creative powers within us. He desires us to hear Him first, then without dilly-dallying (southern for wasting time) He calls on us to be Creative In The Doing.
Email Post