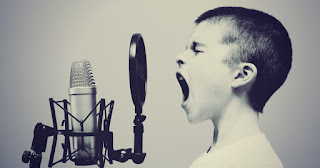 There are many marvelous Scripture verses worthy of committing to memory. However, three passages that I would like to place in your mind and spirit to not only memorize, but confess out loud are -

One might say, I would not have thought about that third verse Chad. I know, The Bible is wonderful, isn't it? You can read it time and time again and each time the Lord can reveal something valuable and different from the same passage. This is what happened to me recently as I came across 2 Kings 6:16. This verse reads -

The back-story to this verse is that the formidable Syrian army was sending their latest troops and modern military equipment for that day against Israel at certain strategic points and times, but Israel knew about them all. How? God downloaded all secret information to Elisha who in turn revealed it to Israel's commanders. Once the king of Syria discovered the cause of all his thwartings, he sent enough troops to surround and capture Elisha at Dothan.

When Elisha's servant went outside one of the following mornings to "get the newspaper", there were the great number of Syrian troops that had surrounded the city. Can you imagine being in the servant's shoes? The view probably would have looked something like Will Smith's alien lawn encounter scene in the movie "Independence Day". Will walked out of his house reading his newspaper, all the while his neighbors were terrified at the alien spaceship over their nearby city. Then he lowers his newspaper and joins the masses in the stunned, shock of everyone's predicament.

In like manner, I imagine Elisha's servant seeing the Syrian military surrounding Dothan and calling for his Master, "Uh, Master Elisha?" "Yes, Chad." Elisha responded from the hut. "You might want to come take a look at this. I think we are in a dilemma." answered the servant.

After Elisha assessed the situation, he said something that would be crazy to a non-believer or at least un-seasoned one. Elisha said, "Don't be afraid, those who are with us are more than those who are with them." Again, if I was the servant, I would say something like - "Master Elisha, what more are you lookin' at?!!! It is just you, me and the citizens of Dothan. Did you skip math going through Prophethood? You didn't get the portion of adding from Elijah, did you?"

Elisha's attempt to calm and encourage his servant called for eyes of faith. Elisha's first reaction was encouragement - "Don't be afraid...". God had granted Elisha, His Heavenly Perspective. Elisha's second step was prayer. A simple, no thrills prayer that had at it's core the desire for his servant to participate in this wonderful gift/sight/perspective - as well as calm his nerves. "And Elisha prayed, 'Open his eyes, Lord, so that he may see.'"

Yes, Elisha prayed for his servant's eyes to be opened, they were and he saw God's Heavenly angelic host posed to defend more than adequately. However, I also desire for us to notice what was said about these angels in comparison to the opposition - “Those who are with us are more than those who are with them.” The Syrian army had something supporting them.

"Them" refers to the Syrian army.

"Those who are with them" describes the fallen spiritual forces aiding the Syrian army.

The rest of the story is..."Then the Lord opened the servant’s eyes, and he looked and saw the hills full of horses and chariots of fire all around Elisha.

As the enemy came down toward him, Elisha prayed to the Lord, 'Strike this army with blindness.' So he struck them with blindness, as Elisha had asked.


Chris Tomlin - Whom Shall I Fear [God of Angel Armies]

Vocalizing your faith is very important. Verbally stating God's promises over your life and the lives of others has power. Father God spoke to create everything in the beginning. God asks us to declare with our mouths our allegiance to Him for our salvation (Rom. 10:9). The idea of audible proclamations of God's promises for our lives is the next logical practice.

So, along with verses like Romans 8:31 and Isaiah 54:17, consider declaring out loud “Those who are with us are more than those who are with them.” True, it might not be a verse that comes immediately to your mind to memorize, but the truth it proclaims is Biblically supported (Rev. 12:4 - one third fallen, two thirds Holy). A part of the Holy Benefit Package for being a believer in Christ Jesus - angelic care. Now that is Something To Confess!
Email Post