HE WALKS WITH THE LORD 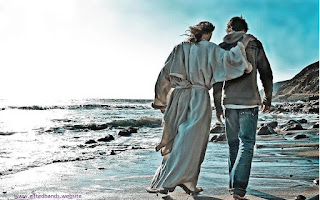 I earnestly hope and pray that Christ's presence is so strong and evident in my life that people say, "He Walks With The Lord".

I don't know if there is something I need to do in order to achieve the level of influence Peter had on people's lives, but while I am here on earth I pray for at least that level. Imagine saying to a lame man - “Silver or gold I do not have, but what I do have I give you. In the name of Jesus Christ of Nazareth, walk.” (Acts 3:6) - and seeing the power of God heal that man through the spoken name of Christ Jesus.

While I pray for the Spirit of God to be the spoken and written, healing agent in my life for others - I would love to be so in-tune with God, like Peter, that the Holy Spirit is found even in my shadow. 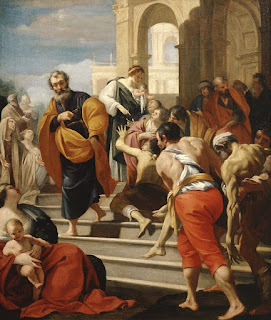 "...more and more men and women believed in the Lord and were added to their number. As a result, people brought the sick into the streets and laid them on beds and mats so that at least Peter’s shadow might fall on some of them as he passed by. Crowds gathered also from the towns around Jerusalem, bringing their sick and those tormented by impure spirits, and all of them were healed." - Acts 5:14-16

There was a certain man that was walking so closely with The Lord that The Lord decided He would take him back to Heaven. This man's name was Enoch.

"Enoch walked faithfully with God; then he was no more, because God took him away." - Genesis 5:24

Enoch walked with the Lord and then poof. Could you imagine having that tight of a relationship with the Creator that He decides He wants you back in Heaven?

Another Man of God, was not perfect, but he must of done enough right in his relationship with God because God sent His fiery chariot to pick him up. Elijah was this Man of God. Elisha, Elijah's young Padawon or Apprentice, saw the divine fiery rapture. 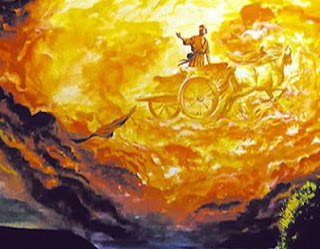 "As they were walking along and talking together, suddenly a chariot of fire and horses of fire appeared and separated the two of them, and Elijah went up to heaven in a whirlwind. Elisha saw this and cried out, “My father! My father! The chariots and horsemen of Israel!” And Elisha saw him no more." - 2 Kings 2:11-12

All these examples of God's Presence in the lives of these men are very grand. I hope and pray that as I strive to love others my words and body are as effective as the Holy Spirit was through Peter, Enoch and Elijah. Eventually, I also hope and pray my relationship grows so intimately with God that I disappear to the very side of my Savior or He sends The Heavenly Limo (Chariot) to get me. Should He decide otherwise, I pray others witness and say about me - He Walks With The Lord.
Email Post