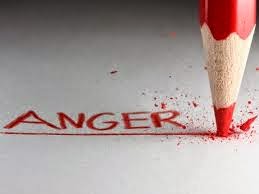 To me anger is an emotional and/or situational response of dissatisfaction, whether incited from others or internalized from within, carried to a negative extreme.

Researching the word Anger, in the New International Version Scripture (crosswalk.com), I found 260 occurrences. Reading each one, God seems to be angry most of the time in the Bible. I see this displayed notably throughout the Old Testament. 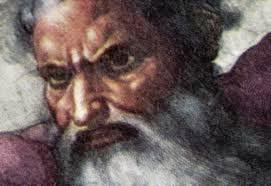 God was angry with individuals (Exodus 4:14; 2 Samuel 6:7). God was angry with people as a favored group who would not comply with His Laws, Prophets, and Kings (Exodus 32:12; 1 Kings 14:9). God was also angry at cities and nations, even His own (2 Kings 24:20). We even get a mental picture of God's anger from Job when he submits this comment - At the breath of God they are destroyed; at the blast of his anger they perish. (Job 4:9) Paul makes a sweeping statement that seems appropriate for this side of God. It is a dreadful thing to fall into the hands of the living God. (Hebrews 10:31)

God's anger is always justified. But I would be singing and praying like David when he said O LORD, do not rebuke me in your anger or discipline me in your wrath.(Psalm 6:1) Jeremiah even prays this line of thought when he said, Correct me, LORD, but only with justice-- not in your anger, lest you reduce me to nothing. (Jeremiah 10:24) David at least seemingly tried to redirect God's anger - Arise, O LORD, in your anger; rise up against the rage of my enemies. Awake, my God; decree justice. (Psalm 7:6)

The Old Testament does shine some rays of hope on God's wrathful side. David helps us again by saying,
If God is long-suffering, slow to anger and abounding in love, then what made His anger burn so often and with whom? The answer is pretty clear as Jeremiah 25:6 summarizes what God had said from the beginning to the Hebrew people-
The rule is great instruction for Gentiles to follow also. Along with this counsel a good thing to keep in mind is one of God's names - "Do not worship any other god, for the LORD, whose name is Jealous, is a jealous God." (Exodus 34:14) 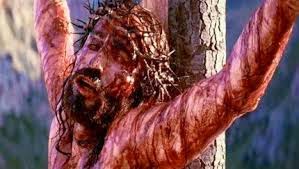 The Good News is the LORD [Father God] has laid on him [Christ] the iniquity of us all. (Isaiah 53:6) The punishment of God, the wrath of God has been satisfied for those who choose to believe and accept Christ's sacrifice as their redemption to Father God. Whoever believes in the Son has eternal life, but whoever rejects the Son will not see life, for God's wrath remains on him. (John 3:36)

With this provision of salvation came victory over anger. So, how does The Word of God say we should deal with anger? Let's start off with David again, shall we? 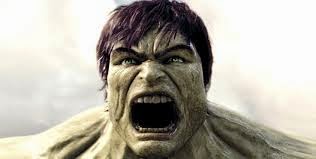 This sounds a whole lot like and agrees with Ephesians 4:26 which states -


Keeping it in the family, what did the Holy Spirit prompt Solomon to pen?
Ecclesiastes 10:4 encourages not to necessarily - Take This Job And Shove It - when someone's anger is directed toward you. If a ruler's anger rises against you, do not leave your post; calmness can lay great errors to rest.

Paul and James step into the mix with some advice. Paul tells us twice, once in a letter to the church in Ephesus, the other in a letter to the church in Collossae to get rid of anger among other things.
Then Paul instructs Timothy in his first letter to the young protege - I want men everywhere to lift up holy hands in prayer, without anger or disputing. And James gets to the heart of the matter when he says, man's anger does not bring about the righteous life that God desires. (James 1:20)

So, as challenging as it is sometimes, the "righteous life", the justified life filled with integrity of character, which requires a check on anger is what it's all about and what I am encouraging. Let God handle anger for Himself and for you. Otherwise we could be living a life where we often say something like - "Mr. McGee, don't make me angry. You wouldn't like me when I'm angry." (David Banner to Mr. McGee on the t.v. show "The Incredible Hulk")