THE OTHER TWO WITNESSES

The Book of Revelation speaks of two men called The Two Witnesses who will appear and prophesy for half the time, 1,260 days, of the seven year Tribulation Period. Their ministry, powers, and story are documented in Revelation 11:1-14. However, there are two other witnesses that have had Box Seating (pun intended) to view the salvation plan of humanity.

The other two witnesses were servants who ministered in God's presence and tended to God's presence. They protected both Adam and Eve AND the Tree of Life from interaction (Genesis 3:24). Then many years later they were honored as the two figures on top of either end of The Covering to The Ark of the Covenant.

Image of The Ark of the Old Covenant
"He made the atonement cover of pure gold--two and a half cubits long and a cubit and a half wide. Then he made two cherubim out of hammered gold at the ends of the cover. He made one cherub on one end and the second cherub on the other; at the two ends he made them of one piece with the cover. The cherubim had their wings spread upward, overshadowing the cover with them. The cherubim faced each other, looking toward the cover." (Exodus 37:6-9) 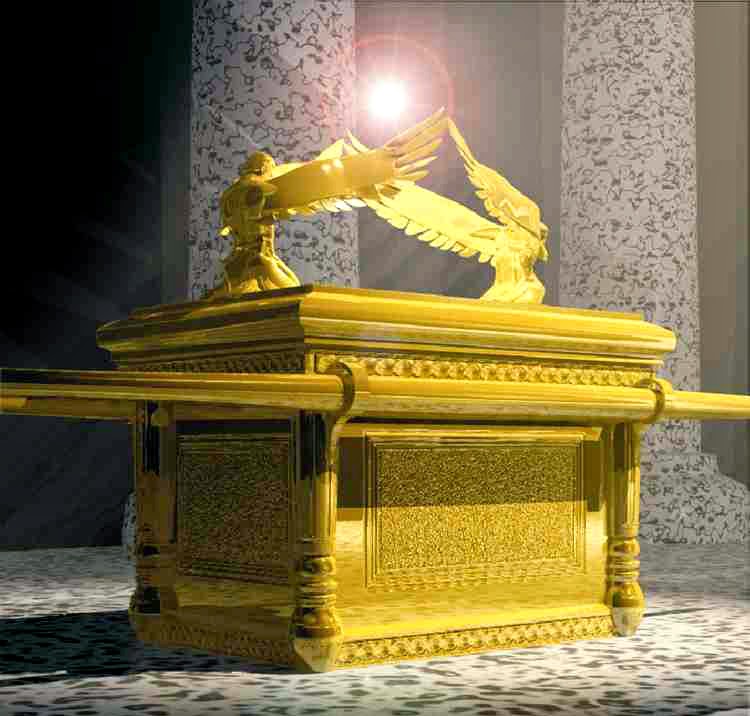 Notice the ever-present stance of the cherubim - honoring the Most Holy Presence of God with their wings "spread upward" and toward each other "overshadowing the cover with them" as they face each other, their focus in "toward the cover" in a reverent manner. They are the witnesses of the annual salvation provided by God due to an animal blood sacrifice given by the High Priest of the Hebrew people.

There are another pair of witnesses that I dare say may be the same two servants/cherubs that witnessed the Old Covenant executed that also saw the New Covenant introduced.


Image of The Ark of the New Covenant
"Then the disciples went back to their homes, but Mary stood outside the tomb crying. As she wept, she bent over to look into the tomb and saw two angels in white, seated where Jesus' body had been, one at the head and the other at the foot." (John 20:10-12) 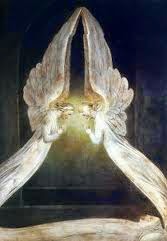 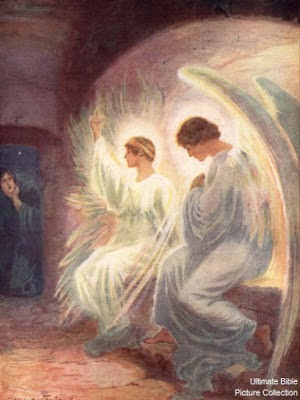 Instead of an annual covering for the sins of people by the blood of animals, God took away the sins of the world with His own Son's blood and sealed the New Covenant by walking out of the tomb. Notice where the two angelic witnesses would have positioned their focus - on the empty grave-slab. They witnessed victory be victorious. What an honor and privilege to be The Other Two Witnesses!