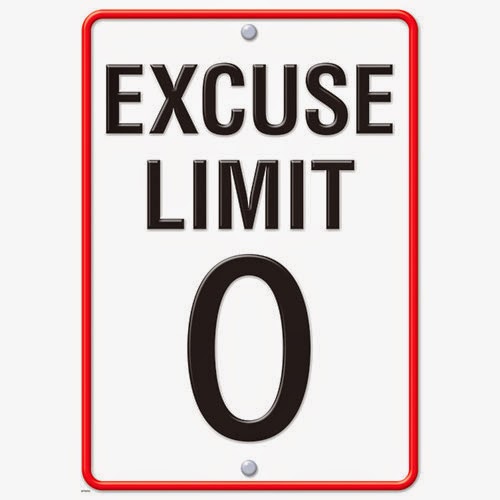 I have made mistakes. In addition, I have tried to justify some of them. I have dreamed up reasoning to try to deal with the guilt and shame I feel for being at fault. Guilt has always been an emotional piece of baggage that I don't want and can't afford to carry around in life. So, I have tried to discard my blame elsewhere - also known as displacement. However, I have found that if you do not deal with those false justifications, they tend to float to the surface of the mind and spirit later on, continuing to fester and pester. There is some truth to the saying - when you point your finger at someone or something you always have three others pointing back.

Isaiah mentioned a terrible but true characteristic about justifying mistakes to Israel which now applies to the present time more than ever. Woe to those who call evil good and good evil, who put darkness for light and light for darkness, who put bitter for sweet and sweet for bitter. (Isaiah 5:20) Here the situation was worse than just a bogus rationalization that covered one's conscience. In this instance, Isaiah spoke to a total replacement or swapping of one for the other ("good" for "evil").

When someone with morals says to sin - "It is o.k. to do this because....." - then that person has accepted and implemented a lie in their life. When Christians, who should know better, say something like this they exchange truth about a matter - "good", "light", or "sweet" for that which is "evil", "dark", and "bitter". The haunting truth is something which is not justified is merely an excuse.

My mistakes against God, myself, and others can be explained but that does not make them justifiable. My mistakes are mistakes, they are wrong. I confess to them and to my incorrect justifications as well. The confession and moving on is liberating and quite refreshing. I encourage you, if this situation of justifying sin or complete swap of standards sounds familiar you and I have Christ Jesus we can go to - "If we confess our sins, he is faithful and just and will forgive us our sins and purify us from all unrighteousness." (1 John 1:9) In addition, the benefit that comes from being a part of The Family of God means that you can "confess your sins to each other and pray for each other so that you may be healed. The prayer of a righteous man is powerful and effective." (James 5:16) Saturate your mistakes in His forgiveness. Stop your justifications of sin with prayer and Christian support. No more Excuses, Excuses!